Now that Thanksgiving and Black Friday and Cyber Monday, the holidays are coming ’round the corner. Have you bought your presents yet? While the crowds haven’t congregated on the malls yet, I’m off to do some holiday shopping this weekend. That includes books for myself, because of course, books are all I want for Christmas. There, easy to get me a present, right? LOL

Oh, or you could get me this T-shirt: 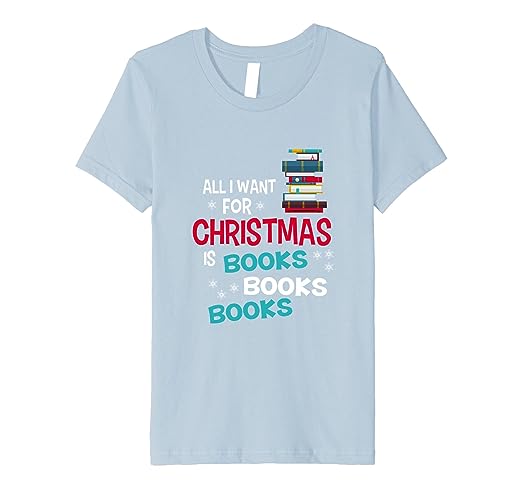 Or any of these. I can’t decide! All of them are pretty funny and cute: 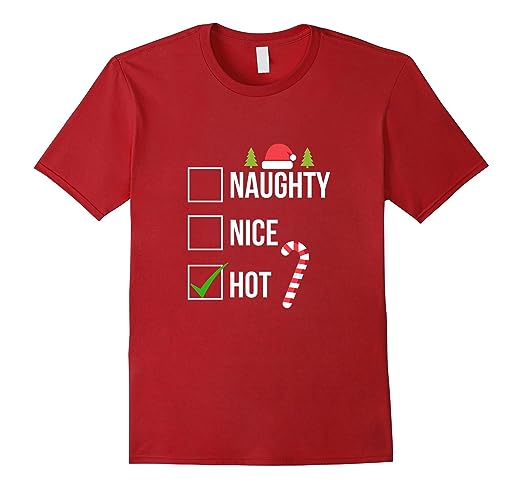 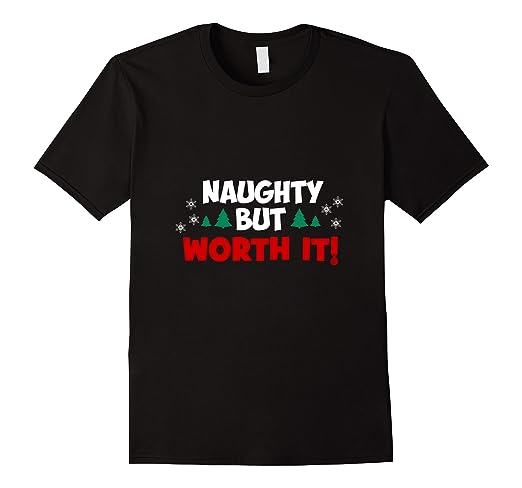 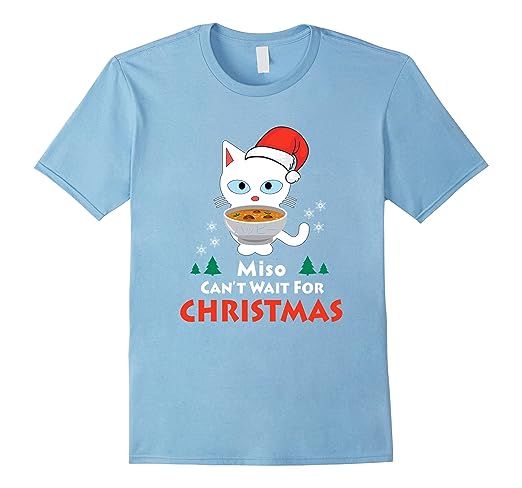 They’re also on promotional price right now, if you’re thinking to get one for yourself or your family and friends.

But enough about T-shirts! Here are some holiday reads, recommended by TRR reviewers, to get you in the mood: 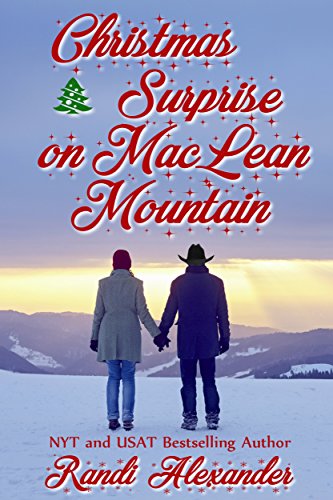 Doctor Booker MacLean is shocked when his estranged wife calls and asks to talk to him in person. Is Sybil back to finally ask for a divorce? Three days before Christmas? He hardens himself for the blow that’s sure to come

Sybil MacLean has been gone from MacLean Mountain and from her husband for seven long months, and now she’s back to admit that leaving was a terrible mistake. She has a secret, but won’t share it with Booker unless he forgives her and takes her back first.

As a powerful blizzard moves into the Colorado Rockies and Sybil and Booker are stranded together atop MacLean Mountain, will his fierce pride and her need for his understanding keep them from spending Christmas with the one they love most? 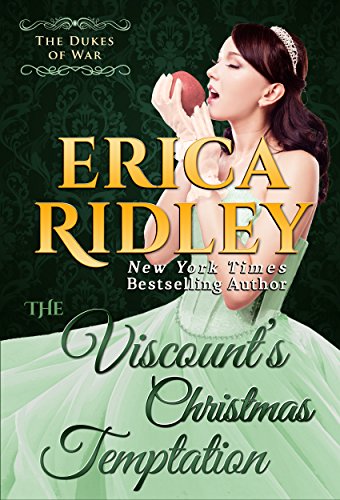 Certain individuals might consider Lady Amelia Pembroke a managing sort of female, but truly, most people would be lost without her help. Why, the latest on-dit is that rakish Viscount Sheffield is canceling the fete of the year because he hasn’t time for silly soirees. He doesn’t need time—he needs her!

When a flash of lightning destroys the venue for his family’s annual Christmas ball, Lord Benedict Sheffield intends to enjoy a relaxing holiday for once. But after twelve days of beguiling Lady Amelia’s guerrilla tactics, he’s up to his cravat with tinsel… and tumbling head over heels in love. 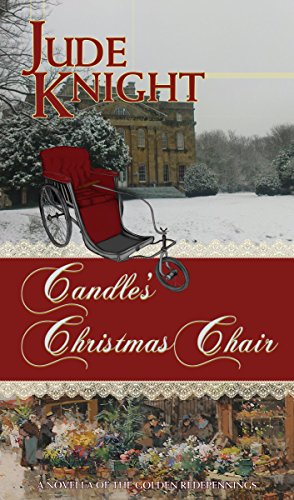 When Viscount Avery comes to see an invalid chair maker, he does not expect to find Min Bradshaw, the woman who rejected him 3 years earlier. Or did she? He wonders if there is more to the story.

For 3 years, Min Bradshaw has remembered the handsome guardsman who courted her for her fortune. She didn’t expect to see him in her workshop, and she certainly doesn’t intend to let him fool her again. 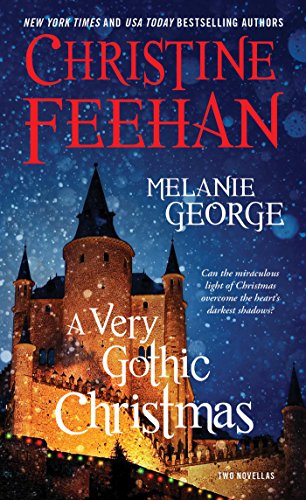 AFTER THE MUSIC
by CHRISTINE FEEHAN

Terrified by mysterious threats, Jessica Fitzpatrick spirits away her twin wards, Tara and Trevor, to the remote island mansion of their estranged father, world-famous musician Dillon Wentworth. Ever since the fire that claimed his troubled wife’s life and left him horribly disfigured, Dillon has shut out the world. With Christmas approaching, the spark between him and Jessica might light the future, but there are those who shared Dillon’s wife’s love of the occult . . . and their evil machinations may plunge the family into darkness — unless a Christmas miracle occurs. . . .

LADY OF THE LOCKET
by MELANIE GEORGE

The echoes of history and romance lure Rachel Hudson to Glengarren, the Scottish castle where her parents met many Christmases ago. But it is the portrait of fierce Highlander Duncan MacGregor that sparks an inexplicable yearning inside her. On a storm-tossed night, as lightning cracks across the castle’s turrets, Rachel finds herself face-to-face with MacGregor himself, astride a mighty stallion. Now, stepping into Rachel’s time — and her heart — the warrior from the past is pursued by an ancient, evil enemy. . . . 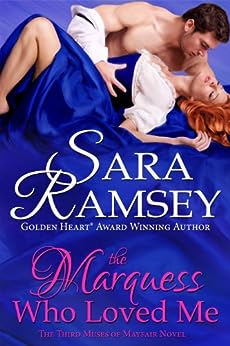 The Marquess Who Loved Me by Sara Ramsey (Amazon)

The widowed Marchioness of Folkestone is notorious for her parties, her art collection, and her utter disregard for the rules. But Ellie Claiborne knows her destruction is near. The new marquess is her first lover – the man whose sculpted body and sardonic grin haunt her every time she picks up her paintbrush. If he ever returns to claim his inheritance, her heart won’t survive seeing him again.

A man determined to destroy her…

Nicholas Claiborne hasn’t stepped foot in England since watching Ellie marry his cousin. He has no use for the gorgeous, heartless girl who betrayed him, or the title she abandoned him for. But when his business in India turns deadly, Nick must return to London to uncover a murderer – and take revenge on the woman he couldn’t force himself to forget.

A love they can’t escape…

Nick hates Ellie’s transformation from sweet debutante to jaded seductress. Ellie despises him for leaving her behind. Still, the sparks between them reignite the passion that should have been their destiny. As their demands of each other turn darker and a potential killer closes in, they must decide whether to guard the fragile remnants of their hearts — or find a way to fall in love all over again. 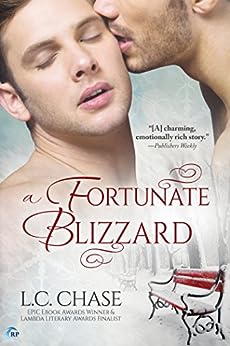 There are worse things than being stranded in a blizzard.

Artist Trevor Morrison has always appreciated the little things in life, treating each day as a gift. And with good reason: he’s been on the transplant-recipient list for too long now. When he learns just how numbered his days truly are, he resolves not to take them for granted. But he won’t be unrealistic, either—which means romantic commitments are off the table.

Marcus Roberts seems to have it all. He’s handsome, financially sound, and on the fast track to partnership at a prestigious law firm. In reality, though, his drive for success has meant no time for friends or relationships. Add in the fact that his family discarded him long ago, and he’s facing yet another holiday season alone.

When the biggest snowstorm to hit Colorado in decades leaves Marc and Trevor stranded at the same hotel, a chance encounter and a night of passion leads to more than either of them expected. Finding comfort in each other is a welcome surprise, but time is not on their side. Either they find a way to beat the odds, or they lose each other forever. 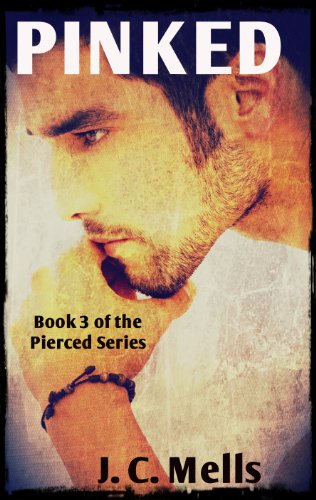 Negotiating the relentless pull of the mate bond is tough.
Especially when one is still traumatized by memories of childhood sexual abuse and the other point blank refuses to acknowledge (out loud at least) that there is a mate bond at all.

While Pierce tries to deal with the aftereffects of her new and “unpierced” self, Lucas relives the week leading up to that fateful night when he was forced into doing the one thing he vowed he never would – inflict his disease on another human being.

As if he didn’t hate himself enough already.

As she attempts to come to terms with the new her – the Pierce that is stronger, faster and less reliant on her former “dependencies” – she begins to settle into an unfamiliar, yet longed for, “normal” life with her newfound circle of family and friends. Pierce is finally able to do what her maker never could – embrace, accept and thrive from what she has become.

With Pierce’s not-so-subtle help, Lucas comes face to face with the fact that maybe it’s time for him to start coming to terms with this “affliction” too.

But it is not going to be easy.

Especially when they come into contact with another pack for the first time. 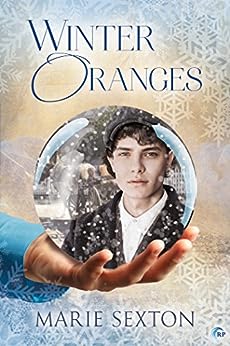 A Love for the Holidays charity novel

Jason Walker is a child star turned teen heartthrob turned reluctant B-movie regular who’s sick of his failing career. So he gives up Hollywood for northern Idaho, far away from the press, the drama of LA, and the best friend he’s secretly been in love with for years.

There’s only one problem with his new life: a strange young man only he can see is haunting his guesthouse. Except Benjamin Ward isn’t a ghost. He’s a man caught out of time, trapped since the Civil War in a magical prison where he can only watch the lives of those around him. He’s also sweet, funny, and cute as hell, with an affinity for cheesy ’80s TV shows. And he’s thrilled to finally have someone to talk to.

But Jason quickly discovers that spending all his time with a man nobody else can see or hear isn’t without its problems—especially when the tabloids find him again and make him front-page news. The local sheriff thinks he’s on drugs, and his best friend thinks he’s crazy. But Jason knows he hasn’t lost his mind. Too bad he can’t say the same thing about his heart.