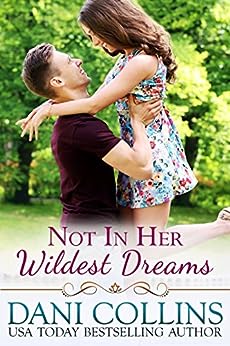 Sterling made a fool of himself over Paige once. Never again. He only returns to the factory his mother calls his ‘legacy’ to ensure Paige doesn’t pull a fast one. When their chemistry blazes hotter than ever, he wonders if he misjudged her, but secrets come to light, including an embezzler she tries to protect, proving she’s still the wrong girl. So why does holding onto her feel so right?

“I’ll drive careful.” He did, while she sat right up against him, shoulder to shoulder, thigh to thigh, warmed by more than body heat. Pretending the contact was defense against hypothermia when it was plain ol’ desire to be close to him.

When he pulled into her driveway, he cut the engine, cut the lights, and sat unmoving. History closed in around them as the droning blow of the heater died off and the motor silenced to cooling pings.

She licked her lips. “You have to get out so I don’t knock all this onto the driveway.”

“Yeah.” He still didn’t move. Very slowly, he turned his head to look at her.

She became very aware of the weight of his jacket, the angles of his face, the patter of light rain making this small, dark space that much more intimate.

“An affair?” Her insides quaked at the thought.

The corners of his lips quirked. “I was fishing for a kiss, but okay.”

“Oh, God.” She ducked her head into her hands.

His arms came around her, squishing her bent arms and hot face against his chest while his palm cradled the back of her head and chuckles of enjoyment shook through him.

“I can’t believe I said that. Let me out.” She pushed at his chest.

He pressed his lips to her temple, still laughing, trying to gather her hair back and find her face. “Come on, Paige. Be a sport.”

She emerged from her hands enough to look around, then let her gaze come back to settle on his face. He was amused, but in an affectionate way. He scared the hell out of her.

“What’d ya say?” he asked softly. “Should we see?” His thumb caressed the corner of her jaw.

“Maybe,” she said on a near-whisper, and felt wicked. Grew excited.

He smiled and his breath left him in a humid cloud against her mouth before he lowered his head, taking his time as he brushed her lips with his, hesitating one more long second.

She opened a little, pressed a fraction against his mouth, let him know she was planning to participate.

Their lips melded into a real kiss, but it was still only a cautious exploration. How far do you want to take this, he seemed to ask. A little further, she responded, letting her tongue strike against the inside of his lip and retreat.

He did the same, wasn’t so cautious, tasting her in a leisurely way that dampened both their lips and made her sink into him. His arm tightened around her, drew her closer as he deepened the kiss.

She slid her arms around his neck, pressing her torso to his. His other hand snaked beneath his jacket and roamed, learning the shape of her lower spine and hips as she arched to feel more of him against her.

And they began to devour each other.

Secretly she’d been terrified the sparks and awareness had all been fueled by history and nostalgia, but Sterling would die before he’d disappoint, which was terrifying in its own way.

Longing rose, a yearning to pleasure and claim and offer herself to him, to hands that weren’t fast, but had a way of moving that suggested greed. Hunger. Urgency.

She felt the same, like this might be her only chance so she had to discover everything she could: the pulse in his hot throat against her open mouth, the flex of muscles in his chest, the ridges of his shoulder blades. His taste, oh God, his taste. They were going to incinerate each other right here, kissing like this, feverish and desperate, no longer experimenting, working on a prelude to more, and she was right there with him. Yes. More, more.

With a lusty groan, he twisted to get a better vantage, hit his elbow on the steering wheel, and knocked out a short honk from the horn.

“Smoke alarm,” she said through lips that felt swollen.

“That was bad.” She edged back so they weren’t touching, trying to catch her breath.

“You wish. Our lives would be a lot simpler if that had been lousy.”

She pressed her hand to her lips, holding the tingling pleasure in them.

He stretched out his legs, lifted his hips off the seat while he made himself more comfortable. “Again with the driveway. If I ever get you somewhere private— You want to come over?”

She did, but she shook her head, trying to keep a grasp on something like sense.

He swore and opened the door, climbed out and took a big breath of the cold, wet air. Leaning on the rooftop, he said, “It looks like Lyle’s here, but you come straight out if things don’t feel right, ‘kay?”

She slid across, struggling to keep her skirt from scraping up her thighs as she wiggled past the steering wheel. Standing beside him, she waved at the strewn papers. “I guess I’ll deal with this in the morning.”

He locked the door, handed her the keys. “Good night.”

The bulb over the front door was on, casting a reflection of light in the puddle at their feet.

“Are you angry?” she asked him.

“No.” His chuckle was dry. “Frustrated. Come home with me.”

She swallowed. “It’s not a good idea.” She handed back his jacket.

He didn’t answer as he took it.

One thought on “First Kiss: Not in Her Wildest Dreams by Dani Collins”